What is Intraoperative Neuromonitoring (IONM)?

Intraoperative neurophysiological monitoring or IONM is the technique of using electrophysiological methods suchlike electromyography (EMG), electroencephalography (EEG) and various evoked potentials to record and measure electrical potentials from the nervous system including brain, spinal cord and peripheral nervous system during surgery or post surgery, sometimes both. The general purpose of IONM is to protect the nervous system. Such monitoring is performed with the goal to provide functional guidance to the surgeon and anesthesiologist by identifying important neural structures in the operative area and thus to avoid and/or reduce the risk of neurological damage or iatrogenic damage to the patient during and post surgery. IONM also has a role to facilitate the identification of changes in brain, spinal cord and peripheral nervous system and provide a real-time alert prior to irreversible nerve damage after operation.

Recent advances in anesthesiology and development of sophisticated medical technology devices have significantly increased the accuracy and utility of IONM. This technique has evolved a lot during the last two decades. Thus, it is now being used as an integrated part of many surgical procedures.

How does Neuromonitoring work?

In general, trained surgical neurophysiologist under the supervision of a qualified IONM physician attaches a computer system to the patient using stimulating and recording electrodes that stimulates and records nerve activities and an interactive software is run on the system that performs two tasks: 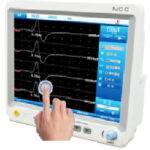 A supervising IONM technician constantly monitors the nervous system and assists anesthesiologist and surgeon by notifying instantly about any neurological changes. This will help the surgeon to intervene and address any issues at the earliest. This is how neuromonitoring or IONM enables the surgical team to efficiently prevent permanent or long-term damage during a surgery.

As IONM works by measuring and creating electrical impulses and determining their effect on the patient’s nervous system, in order to monitor vital signals and electrical potentials from peripheral nervous system, electrodes are attached on the head, limbs, chests or other specific muscle groups depending on the area and type of operation. The electrodes record the response or reactions of the nervous system. À la recherche d’une marque asgg.fr/ ou d’un produit particulier ? In case if significant changes are observed by the IONM technician, immediate alert is sent to the surgical team for the initiation of required intervention without delay. 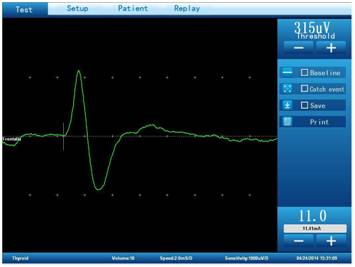 It is of vital importance when a neurophysiological alert is issued predefined safety protocols are in place to ensure that real time communication doesn’t get lost. As soon as an alert is issued by IONM neurophysiologist, surgery is stopped and standard safety protocol is followed so that everyone in the multi-disciplinary surgical team is aware of their roles and responsibilities in the situation.